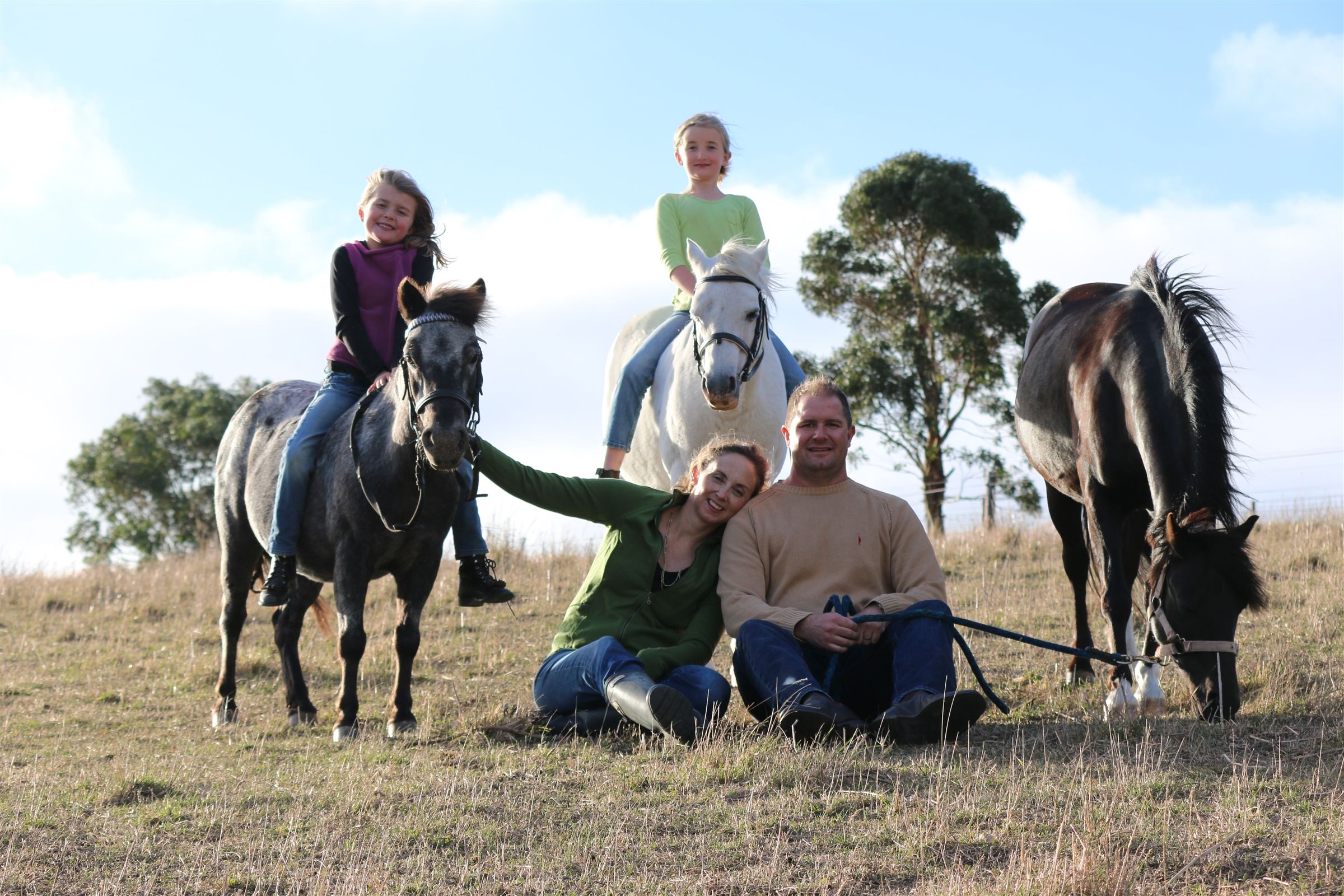 In January 2018, The Alumni Council, with the support of the Alumni & Development Office, introduced Toad to Toad—a series of alumni peer interviews highlighting a cross section of the alumni community. The purpose of this series is to promote and celebrate alumni, their impact, passions, pursuits, life adventures, and hobbies that embody Thacher values. The Toad to Toad series of interviews of alums by alums.

In this latest installment Rika and Nate Toll CdeP 1994 are interviewed by Jennifer Kritz CdeP 1994.

Rika Howe and Nate Toll met freshman year at Thacher. After more than 25 years (and counting) together, including more than 19 years of marriage, they reflect on how their experiences at Thacher shaped them as individuals, a couple and as parents.
Enjoy!
Jennifer Kritz CdeP 1994 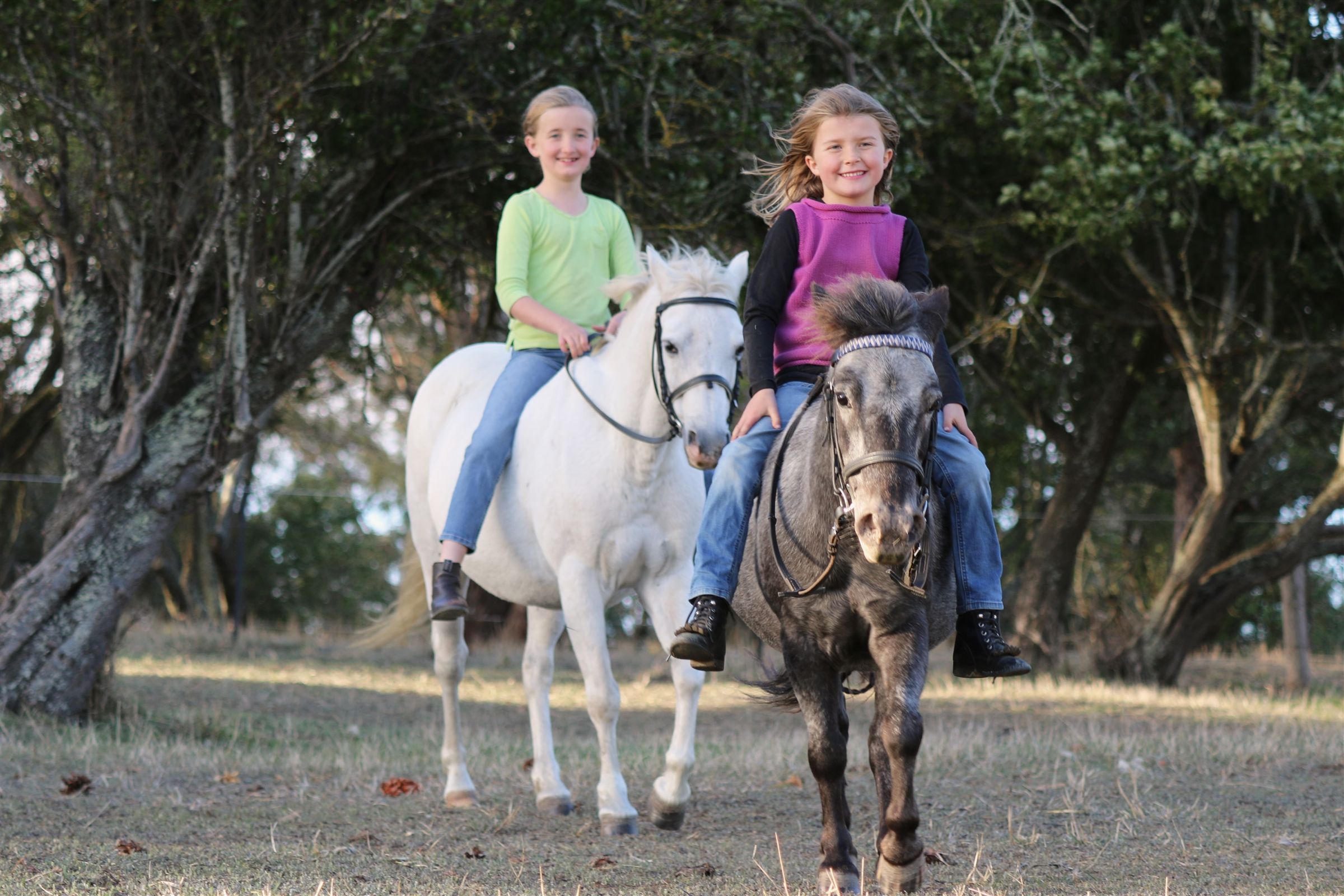 Jen: You met freshman year at Thacher and are one of a small number of “Thacher couples.” How do you raise your kids differently because of the time you both spent at Thacher?
Nate: Horses. If I hadn't gone to Thacher, I would never have thought raising kids to ride horses was a good idea. They are dangerous, expensive, and consume so much time. They also make our daughters better people. I never "bought in" to the horse program while I was at Thacher, but the experience keeps teaching me new things 28 years on. I know Rika is going to refer to this the next time I complain about moving hay at 5 a.m. because no one told me the horses were running low. 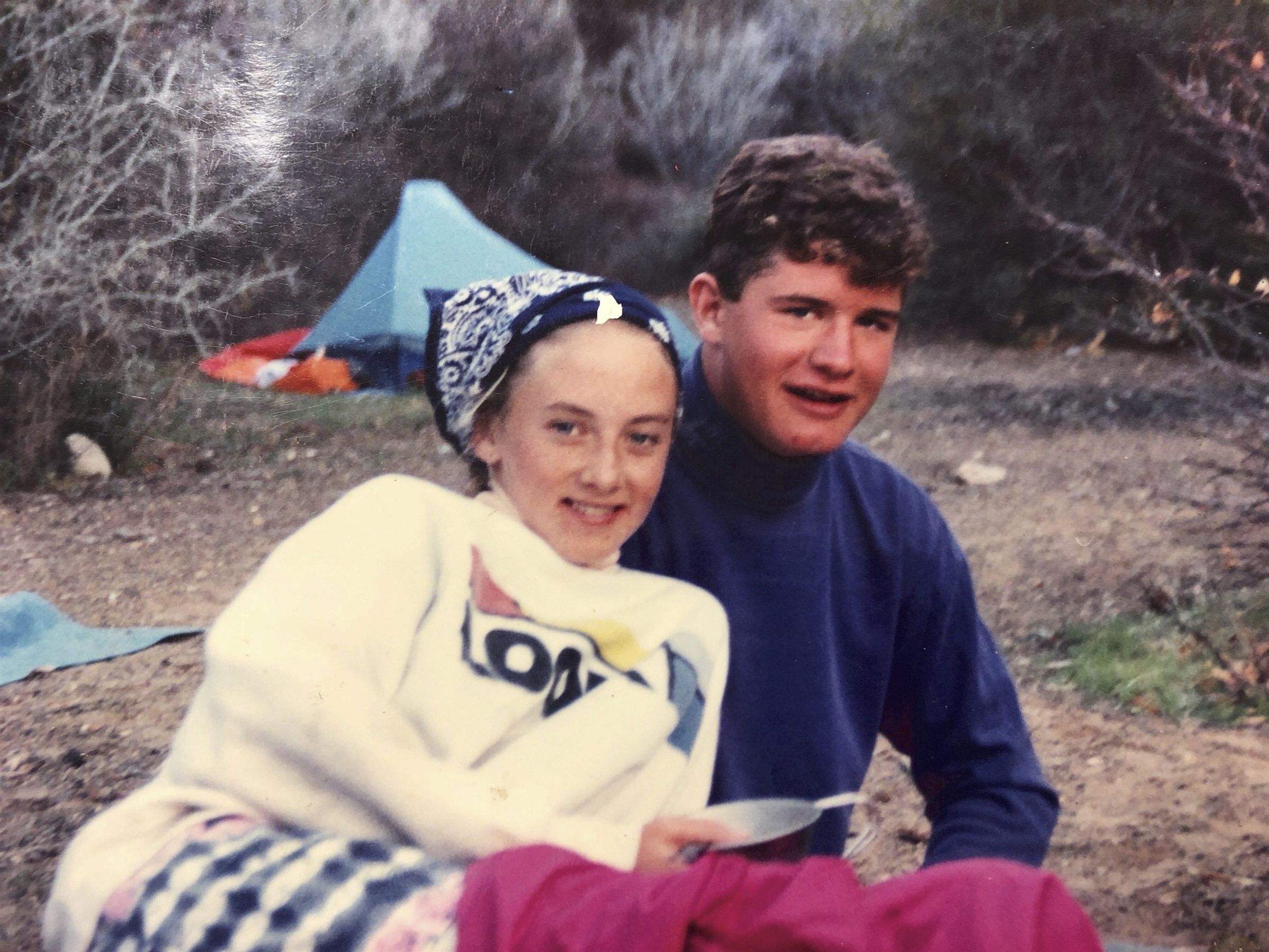 Jen: What's the best or worst part of meeting your significant other at Thacher?
Nate: Having that shared experience is the best thing about having met at Thacher. Hardest thing? Horses.
Rika: The best part about meeting my partner, Nate, at Thacher is that he understands my teenage years intimately. He knows my Thacher friends are basically my sisters and doesn't yawn when I start talking about "Once at Thacher...." The weirdest part about marrying a classmate is also the best part. He knows first-hand all details of my early years; what I was teased for (my "dog whistle" voice) and who I dated. He remembers antics with my girlfriends, including when we created “Top 10 Flavors of the Week” which listed boys we had crushes on. He knows the struggles I had academically (e.g., physics) and personally (my parents divorcing after my sophomore year). I don't feel there are any hard parts. I am extremely thankful for Nate. 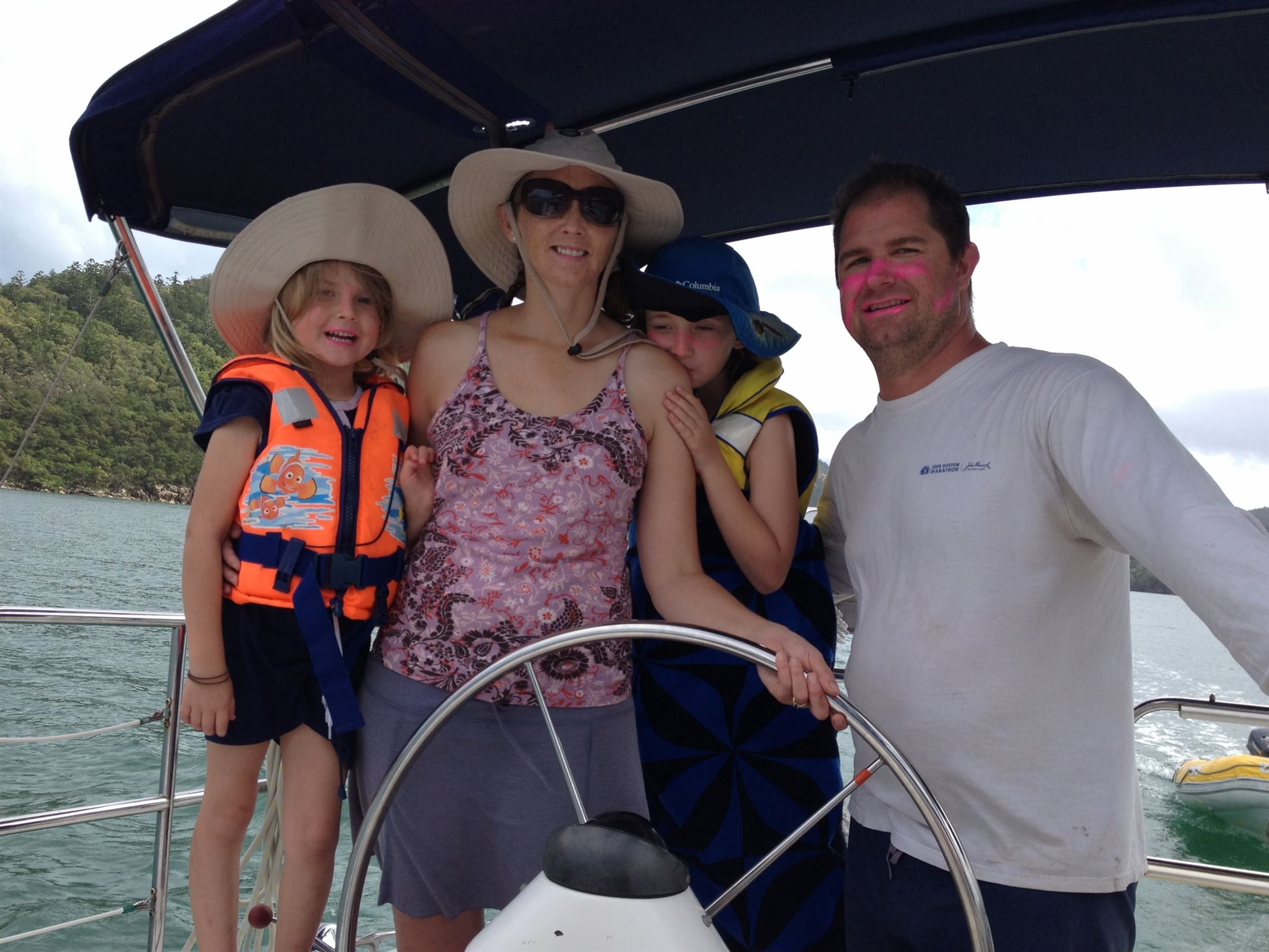 Jen: How have Thacher's values impacted your life choices?
Nate: When faced with choices between staying comfortable or pursuing adventure, we seem to always choose the latter. I suspect we have Thacher to thank for that. 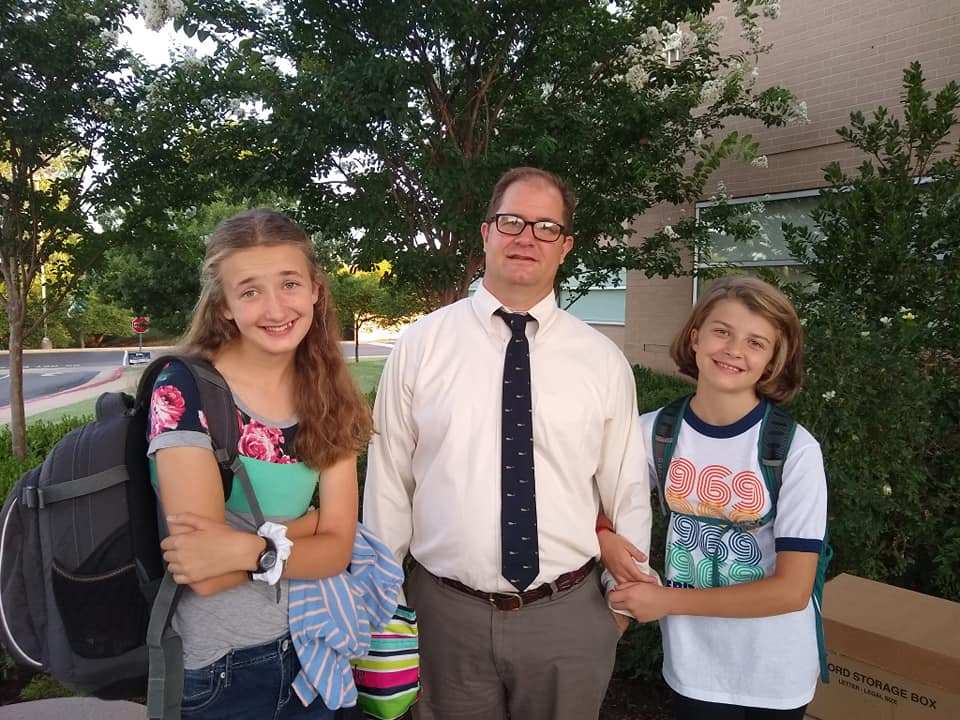 Jen:  How has going to Thacher influenced your professional lives?
Nate: I recently started a new career teaching and coaching at an independent school. My experience at Thacher influenced my decision to change careers. I have been substituting in both public and private schools and completed clinical teaching in a public school.  The authentic relationships between students and teachers at Thacher were what made me seek a position at an independent school.
As a scientist I was encouraged, several times, to bias the results of my work in favor of my employer or a client. It was my memory of Thacher, more than anything, that guided me through these episodes with my integrity intact. 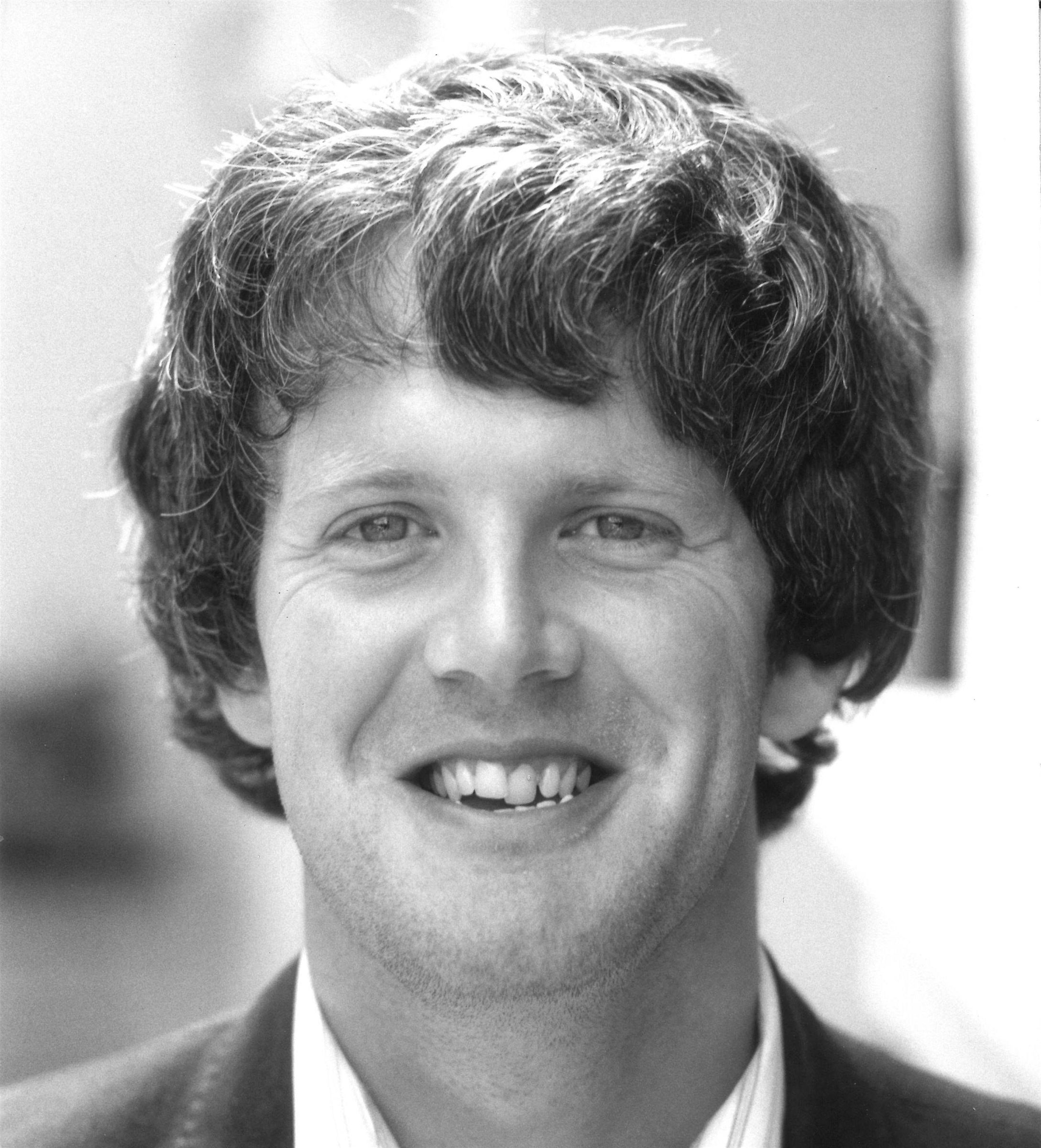 Jen: Who was your biggest mentor at Thacher? How did they impact your life?
Nate: I had so many mentors at Thacher, but I think I owe the most gratitude to David Harris. He was the teacher that taught me how to learn. He gave me the confidence to see new problems as challenges rather than threats. 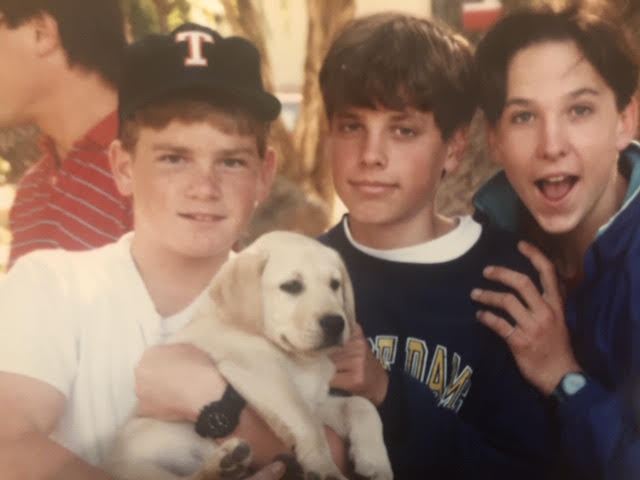 Photo: Todd Wigert, Bret Johnson, and Brian Bennett (left to right, all CdeP 1994)
Rika: My biggest mentor(s) at Thacher were my classmates. If you had asked me at graduation in 1994, I would have surely named some of my favorite teachers who were surrogate parents and master teachers (Raeann Sines, Heather Duncan, Dr. Johnson, and Bo Manson). However, 25 years later I really see how much my classmates shaped and still shape my life. I came to Thacher from a public school which required little effort to get an A. Suddenly I was surrounded at Thacher by high achieving and super smart peers. My study skills were all gained from my classmates who modeled the steps needed for high scholarship. I remember sitting with Brian Bennett CdeP 1994 in the library and watching him plan out his English paper. He made an outline first! Who knew? Now he is a trusted White House Correspondent for Time Magazine. My friends taught me to make flashcards, burn the midnight oil, ask for help, edit and edit some more, and the meaning of grit. 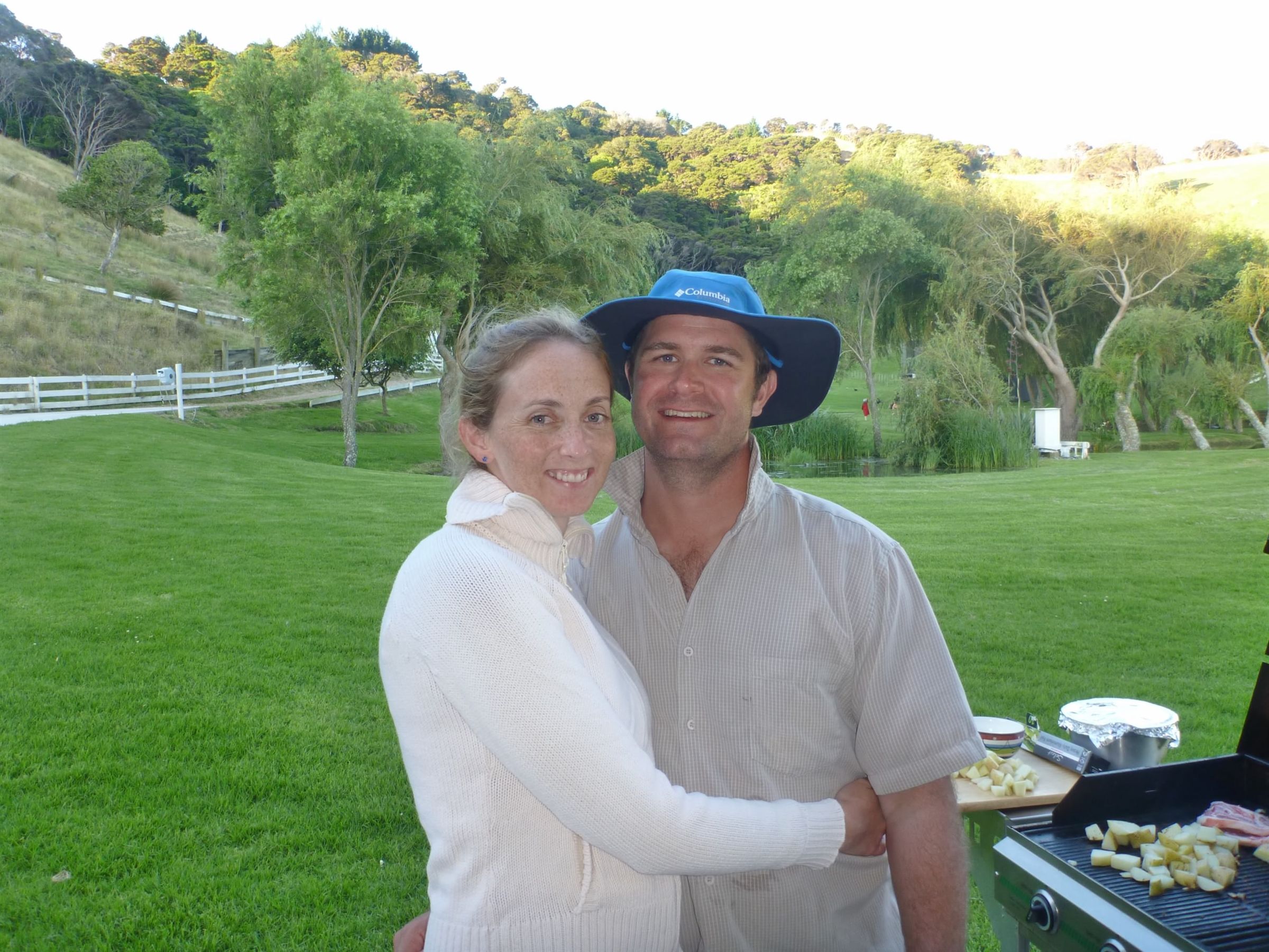 Rika: My classmates still push me to work, not just in my career but in pursuits which matter; family, health, and philanthropy. A few of these are; Jovi Young Geraci CdeP 1994 who home schools two children while also maintaining a career as a religion professor. Devon Brown Cichoski CdeP 1994 who recently took care of her father in her home after he successfully finished rehab. 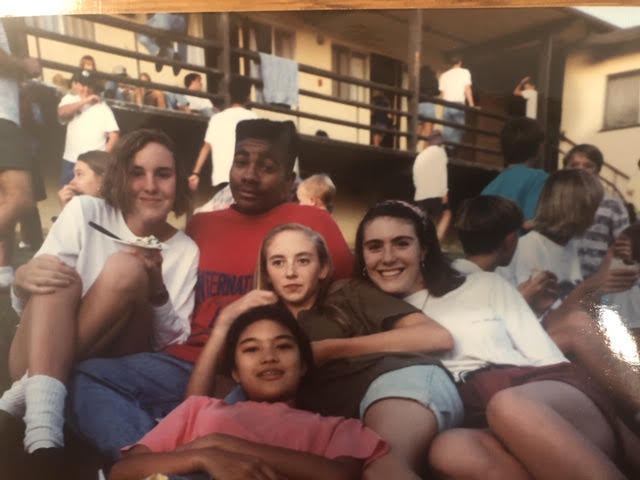 Jen: Do you have any funny or embarrassing stories from your time at Thacher that you would be willing to share?
Rika: There are many wonderful stories to share about my years at Thacher. I will try to pick some which aren't too embarrassing. My freshman year, Abby Ramsden CdeP 1994 and I got in trouble for mooning the freshman boys’ dorm. Aspin Bowers Teevin CdeP 1994 and I thought leaving open bottles of perfume in boys underwear drawers during an Open House was hilarious. Communal showers with Lovin' Spoonful blasting on Mary Everett Conarroe CdeP 1994’s boom box as we all got ready for formal dinner.
Back