A Theater Experience with No Theater

6/17/2020
No stage, no audience, no problem: the story of the Spring Sing creators who refused to let a pandemic cancel their show. 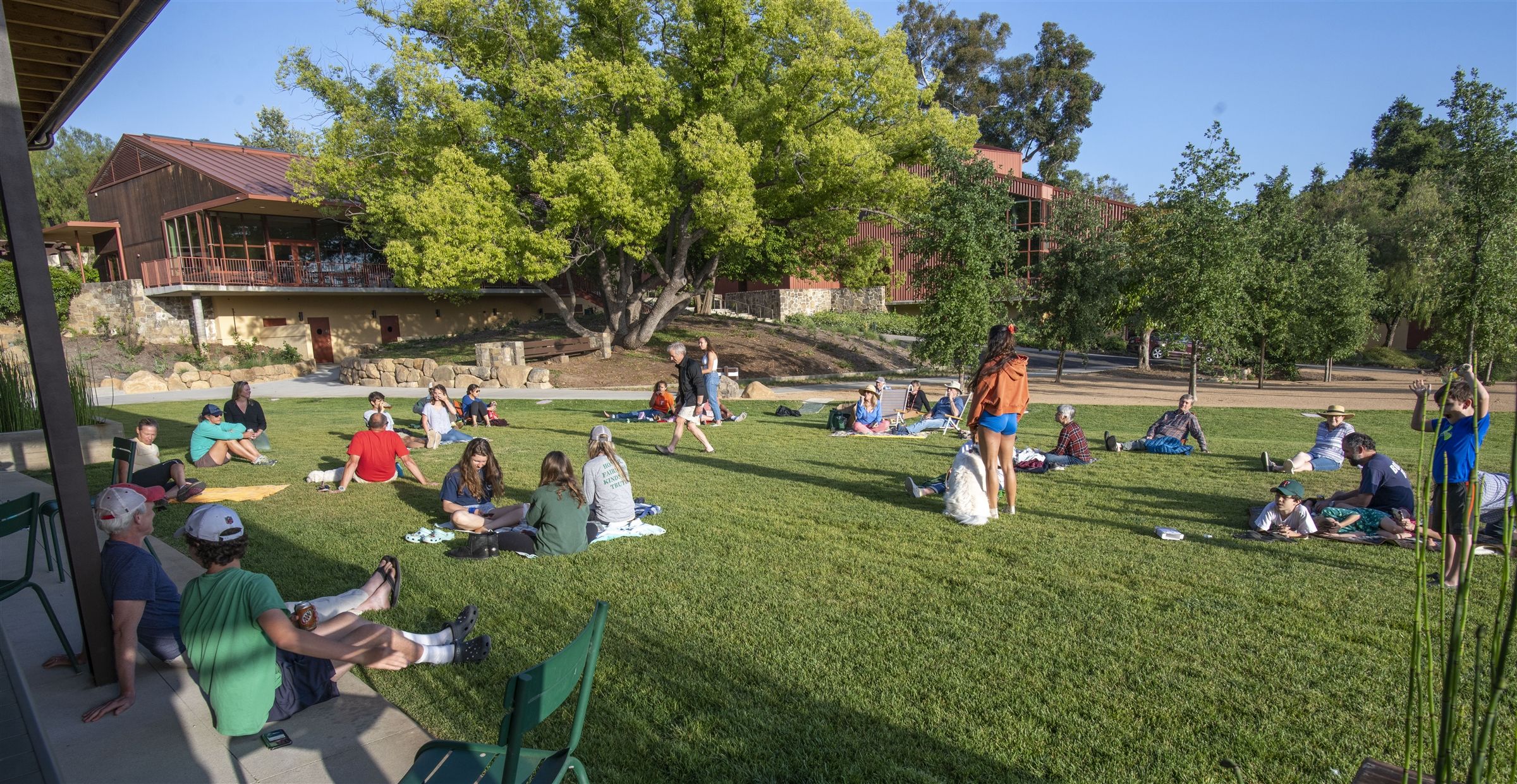 Four years of planning, writing, and rewriting and you're stuck at home with no stage, no audience. That was the reality for the cast and crew of this year’s Spring Sing production, Crazy Girl, Crazy Girl. The play started as a hodgepodge of ideas in Vincent’s freshman year and culminated as a collaboration between three writers, a composer, and their talented cast, all making the best of a difficult situation.
“In the fourteen years of Spring Sing,” said Chair of the Art Department Greg Haggard, “never have we had a production with book, music, and lyrics written solely by students. This production became a poster-perfect demonstration of collaboration. Vincent, Maggie, Justin, and Celia are four of the most creative students I have had the pleasure to work with, each one brought their unique gifts to the effort. And when the coronavirus struck, they had the creativity and gumption to re-imagine what it could be.”
The final production, a podcast posted to YouTube, has received over 1100 views and rave reviews from the Thacher community.
In an effort to come as close as possible to a theater experience, several faculty members and their families enjoyed the show together on the lawn adjacent to the dining hall. Vincent approved: “People laughing and smiling—genuinely enjoying it—was the greatest compliment.”
“I’ve always known that I wanted to write musicals,” said Vincent. “In the third grade I wrote and directed a play about Dr. Martin Luther King Jr. for my school. After I wrote one draft of this play, I figured I could do it myself. Then I showed it to Maggie and Celia! They had lots of great advice, so it made more sense to do this together.” Later, Justin rounded out the group with his music composition skills. He composed and orchestrated all of the music for the production—15 songs. In the process, he and Vincent became close friends, “It was so fun to be working with people who are my friends and are so creative,” Vincent said.
Maggie co-wrote lyrics with Vincent. “It took 3 years,” she said. “We used all of our free time.” It was not a once-and-done process—there were nine drafts of the script and music. Characters came and went along with their lines and songs. “We made a full-length show! It's such a special experience to hear people singing lyrics that previously only existed in your imagination.”
One last detail that’s worth mentioning is the recording and editing process. After trying unsuccessfully to record live, the team decided to have characters record their lines independently. Then Justin, with the patience of a saint, spliced the scenes together line by line—66 minutes of finished recordings.
You can still enjoy Crazy Girl, Crazy Girl on YouTube.
Back