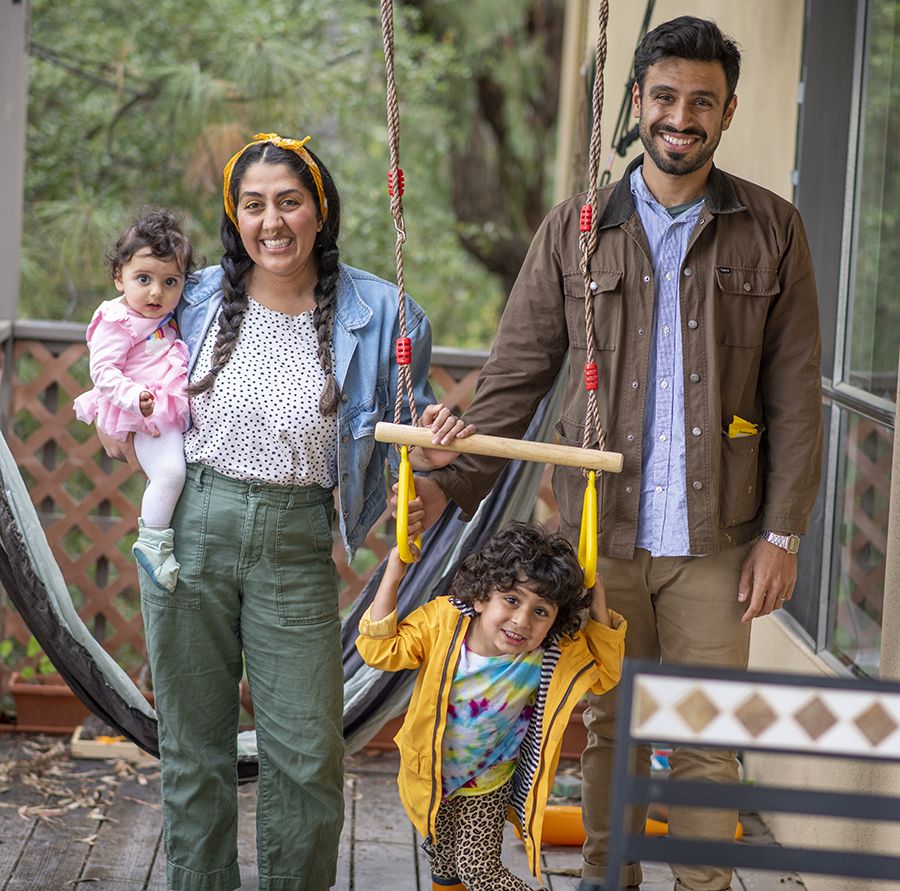 “The decision to leave was a tough one,” said Fisher Fellow Ali Rahman. “I threw myself so wholly into it, and my family did too. We are really leaving our home.”
During his two years at Thacher, Ali says he has learned the importance of having positive relationships across generations in the community and with people who have had different life experiences. It’s critical for young people to have positive relationships with adults. “It amazed me how fast I got to know the kids and got close to them,” said Ali. “I focused on the one-on-one relationships.”
While here, Ali taught English and history, advised, coached Tennis, and most importantly, shared his life and family with our community. His wife, Sepidah Mohsenian-Rahman was an advisor to freshman girls in the Case dorm and helped support the School’s diversity and inclusion work by leading and participating in workshops during the Martin Luther King Jr. Day conferences the past two years..
So what’s next for the Rahman-Mohsenian family? Ali has taken a position at the University of Pennsylvania in Philadelphia (UPenn) where he will be teaching writing to freshmen: “I hope the class will give them tools to succeed in every major—in whatever they want to do with their lives,” he said. He’ll take a lot of what he learned about teaching while here and translate it to his role at UPenn. The writing center at UPenn supports one-on-one relationships between students and professors that are so important to him. Sepideah, Ali’s wife will become the institute manager at Mural Arts Philadelphia, a public arts program dedicated to the belief that art ignites change.
Long term, Ali hopes to have a leadership role in a university department or an independent school. “I want to keep teaching, but I’d also like to have an influence on how student-focused a school is. That’s such a vital part of education.”
“Ali made a sizable impact on the Thacher community during his two-year stint as Thacher's second Fisher Fellow,” said Jason Carney, dean of faculty. “Kind, thoughtful, intelligent, and driven, he positively affected the lives of many students in the classroom, in one-on-one and small group settings, and through the myriad other roles he held. He leaves Thacher a better place from when he arrived.”
The whole Thacher community wishes Ali, Sepideah, and their two beautiful children, Idris and Azadeh, all the best as they embark on their next chapter, and we hope they return to visit as soon as possible.
Back

Interested in learning more about Thacher? Get to know us better ﻿here ﻿or request additional materials here﻿.